Name Dropping is a Q&A series that aims to elevate the stories of women leading in the tech space. The idea came from Angela DeFranco, a Director of Product at HubSpot, who said one way to be better allies is to name drop more women in discussions of achievement, inspiration, and disruptors in tech, instead of referencing, time and again, the same set of (often male) leaders.

What’s the first thing you ever built that made you realize you loved engineering?

The first thing I ever built that really put me on the engineering track was a CI/CD pipeline. It’s something that sounds so basic but really introduced me to engineering and the value of automation. A simple automated deployment pattern changed the entire paradigm of a team who was used to an all hands-on deck painful deployment event. I realized automation had so much power and I wanted to bring these practices to teams and really help define processes that add high value to engineering.

Who do you think has helped you become a great leader, either as an inspiration or a mentor?

This is a challenging question. I think the industry in general struggles in this area. What has helped me become a good leader has been taking the characteristics from many leaders in this space (some of whom I've met, some not) whom I felt really failed at being a leader, and doing the opposite of them. It's hard to know how to be a great leader, but it's easy when you know how not to be. The few leaders who have been inspiring have always been people-focused first. What I know is that a company is nothing without their employees. Leaders are nothing without people to lead. Therefore, my focus is on the people of my team and organization. You inspire people, they will build the world.

You’re currently the Director of Software Engineering at Indigo. What are some of the most exciting challenges your team is working on right now? 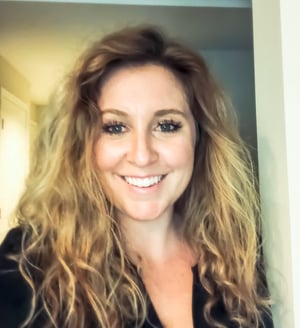 I lead the DevOps team at Indigo and the technologies and processes in this space are quickly evolving and really changing what DevOps means. DevOps is really at the center and heart of engineering. Doing DevOps the “correct” way becomes the challenge.

This statement is highly subjective, but let me explain. Building bridges, being peacekeepers and not gatekeepers, having empathy toward our developer counterparts, and having the mindset to alleviate pain is the challenge. It happened organically, but our team has become the common space for teams to communicate with each other. Some of the hardest parts about engineering aren’t the technical problems, they’re the soft skills around that delivery and execution.

Indigo’s mission is “harnessing nature to help farmers sustainably feed the planet.” How do you as a leader stay close to that mission?

Indigo’s mission is what inspires people to come to work every day. Being able to do what you love (Engineering) while working for a company that wants to make a positive impact on the world is really the dream for a lot of engineers. Because the company has an inspiring mission, it really pushes you as a leader to be your best. I know by being my best self, that will rub off on those around me. I feel like my job is to keep that same inspiring morale across my team and department day to day. The mission got people in the door but it’s our job as leaders to provide a similar experience in our daily interactions.

What is one quality that you think every leader should have in order to generate impact, and lead effectively?

Who’s one woman in technology you’d like to name drop and why?

Kathryn Glowinski. She is the lead engineer on our marketplace platform team. It’s always impressive to me when I see female tech leaders emerge. We are in an industry that has a shortage of senior engineers in general, let alone ones who are women. And Kathryn is one of those amazing engineers who has stuck with it and prospered and is helping define a path for the future of women in technology.

When you think about the best engineers you’ve ever worked with, what characteristics did they embody?

Engineers are some of the coolest people I have ever met. Their uniqueness and experiences make them great engineers. Magicians, board game enthusiasts, hustlers, yogi’s, gardeners, triathletes, carpenters, musicians, etc. It’s really this diverse blending of personal experiences with the one common characteristic of problem solving. Every great engineer is a learner by nature and is constantly evolving their skills.The best engineers adapt, re-learn, stay curious, and have passions outside of technology.

What advice would you give your 22-year-old self?

Coming out of school and going into a profession mostly dominated by men was an intimidating experience. I assumed that everyone knew so much more than I did and had their lives in order. Through my experience over the last decade, I’ve come to realize that not all individuals are confident in their role and in their workplace. What’s more, through conversations and getting to know people on a deeper level, I’ve also learned that general unhappiness outside of work plays a large part in how these individuals do their job. So as long as you feel your best you will far exceed those around you in every aspect of your life.

You’re a certified yoga instructor. Is there anything you’ve learned from yoga that you apply to your day job?

Yoga has been one of the best investments I have ever made for myself that will have lifelong returns. I would say the self-care practices I learned through yoga are really what I apply to my job and try to inspire those around me to do. Self-care sounds simple but is really hard for a lot of people. How you feel on the inside matters. Period.

People really need to pay attention to this if they want a healthy, productive life. A large amount of people suffer from depression, anxiety, and stress. Practicing regular self-care allows me to circumvent some of these mental stressors and it’s my mission to bring those practices to those around me. If you want your team to perform at their best, they have to feel their best. I actually believe this is what distinguishes a good team from a great team.

Name Dropping is a Q&A series that aims to elevate the stories of women leading in the tech space. The idea came from Angela DeFranco, a Director of ...
HubSpot Product Team
on Dec 19, 2019
CultureProduct

Name Dropping is a Q&A series that aims to elevate the stories of women and nonbinary people leading in the tech space. The idea came from Angela ...
Francesca McCaffrey (She/Her)
on Sep 10, 2020
CultureUX

Name Dropping is a Q&A series that aims to elevate the stories of women and nonbinary people leading in the tech space. The idea came from Angela ...
Francesca McCaffrey (She/Her)
on Nov 13, 2020