Approaching Diversity and Inclusion in Hiring as A Design Problem

It’s no secret that much of the tech industry has struggled to build diverse organizations and teams. HubSpot, with more than 3,000 employees, has faced this same challenge. But instead of throwing up our hands and saying Well, that’s just how things are, our UX team decided to treat the problem like any customer problem--only this time, we were solving for ourselves. We decided to apply our design thinking methods and approach the challenge in a user-centered way. We set out to use the data-driven approach ingrained in our Culture Code to identify holes in our recruiting, hiring, and retention practices, and layer qualitative research on top.

Through this initiative, we identified HubSpot’s three biggest areas for improvement. We realized that referrals were hurting instead of helping our diversity goals, found issues in our interview process that weren’t inclusive of candidates from underrepresented minority groups, and identified ways to retain more women and people of color. In this article, I’ll share the results of our research and highlight the steps we took to conduct it, leaving you with a guide for how to execute similar user-focused research to identify holes in your own practices. 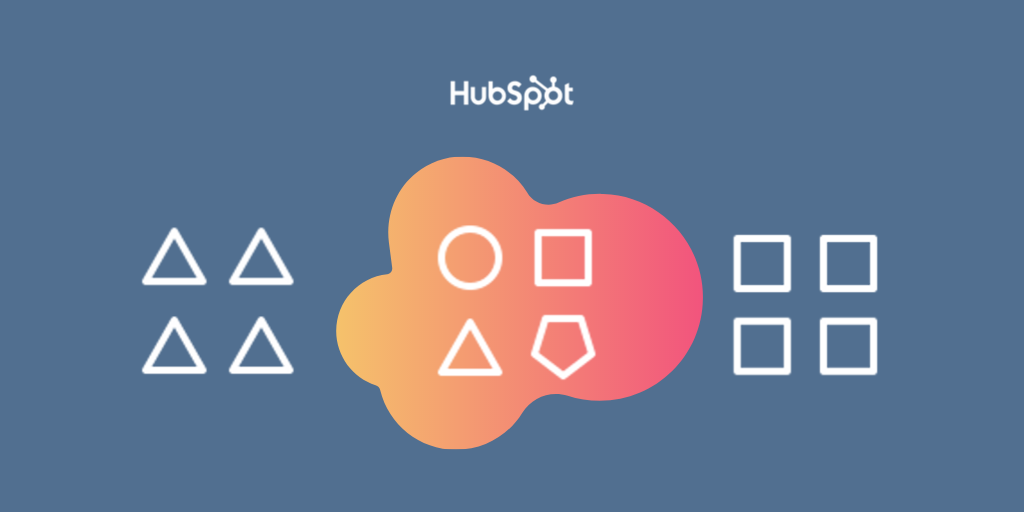 One of the reasons we’ve been able to keep pace with HubSpot’s rapid growth is a steady stream of referrals from current employees (within the UX team alone, we’ve seen +30% growth since 2016). If you’re growing a team as quickly as we are, this may resonate with you. As in most tech hubs, networks are deep, and employees often jump at the chance to recruit former teammates. And at HubSpot, we have gone out of our way to encourage referrals, especially in times when there’s a need to fill roles quickly and regularly.

But then we took a step back to think about what, aside from allowing us to fill roles quickly, our large number of referrals was doing. Statistically, employee referrals are known to benefit certain populations while doing a disservice to underrepresented groups. A 2017 study by Payscale found white men are up to 12% more likely to be hired through referrals than any other group. Conversely women of color benefit the least from referrals, 35% less likely to receive a job offer from that same referral. This means that employee referrals often work against diversity because of peoples’ implicit bias to recommend people who look and act like themselves, which often negatively affects minority groups. In light of this data, we wanted to run a comprehensive analysis on where our hires were coming from.

The numbers spoke for themselves: since 2016, about 50% of hires on our team were referrals from HubSpot employees. We hired an additional 12% of our workforce internally, with the rest of new hires coming from inbound applications or passive sourcing. Between our referred candidates and internal hires (60%) we realized we were at high risk of sabotaging our efforts by not actively choosing interviewees for their diverse backgrounds and skill sets. So we reframed our referral strategy. We didn’t want our team to stop referring qualified, talented people who could make a big impact at HubSpot. But we decided to commit to a more purposeful approach.

We put together a set of resources for hiring managers and team members to rethink the way we ask for referrals. For instance, we trained our team in a concept called “aided recall”—which involves crafting a specific recruiting ask, like “great women content designers you’ve worked with” rather than a general ask—in order to drive more specific and more diverse candidates. We also shifted to more proactive sourcing to balance out the referrals. Now, for any given position, we strive for an equal mix of referrals, inbound applicants, and sourced candidates, giving us much more control at the top of our funnel.

We uncovered another interesting data point as we collected perspectives from hiring managers about how they thought about referrals: We learned our referral and interview process itself was unfriendly to minority and inexperienced candidates. We realized that no matter how diverse the top of our recruiting funnel was, if folks from underrepresented backgrounds didn’t make it through the funnel, all this work wouldn’t matter. That’s why we went about creating a better interview experience.

A Better Way to Interview

Interviewing is the most crucial step in the recruiting process, and it’s important to get it right. But we’d gotten direct feedback that our interview process was giving people from underrepresented backgrounds the perception that HubSpot wasn’t the place for them. Aside from that specific piece of feedback, we had very little data because candidates weren’t filling out our post-interview surveys. So Lauren McKenzie, then head of our User Research, partnered with our recruiting team to run a lean research study. Their goal was to find new opportunities to collect feedback about the candidate journey--just like we do for customers--and map out areas to improve communication, messaging, and process. We reasoned candidates might be more open to giving feedback directly to a researcher who wanted to improve their experience in real-time. While the exercise was aimed at helping all candidates in the pipeline, it was especially sensitive to the ways in which our current process wasn’t optimized for candidates from underrepresented groups.

First, Lauren reached out to candidates who were midway through the interview process. She also reached out to a separate cohort of candidates who had gotten offers and hadn’t yet started, as well as those who hadn’t gotten an offer. She made sure we had a balanced distribution of people from different ethnicities, genders, and experience levels. She pulled out the common themes by creating an Experience Map of candidates’ experiences in our hiring process.

From these interviews, we found that even in the interview process, candidates who were referred by teammates often had an advantage over non-referrals. They had more context about the company and role, leading to an uneven playing field because they could prepare to talk very specifically about how their skills would be additive to the role. Now, we can’t prevent employees from sharing information with referrals but we can ensure all candidates and interviewers receive the same information going into the interview. So our recruiting team created an interview prep guide for every candidate. It encourages them to do research in certain areas and gives them a sense for topics they’ll likely be asked, helping all candidates prep better for the interview. We also created guides for interviewers themselves, which include specific behaviors and competencies to screen for and suggested questions to remove bias from the process. Most importantly, we wanted to avoid the notion of “culture fit” as a proxy for potential. To make the interview experience more thoughtful, inclusive, and consistent, we’ve created a standard set of questions for interviewers like “Tell me about a time when you made someone else look brilliant.” The key is consistency, so interviewers are all using the same standards to judge potential for “culture add,” instead of going with their gut on the outdated idea of “culture fit.”

Lauren’s candidate journey map also indicated we were screening out inexperienced candidates. This led me to challenge how were hiring for potential. Because we hire for specific, technical skills, we’d chosen to require specific competencies for many roles in order to move fast. But as we evolve, we decided to experiment with recruiting for potential. So we launched a small-scale mentorship program for associate UX practitioners where we provide education and on-the-job experience. We ran a slate of 30+ junior UXers and sought out those who had a strong vision for learning design and research, but didn’t necessarily have the experience or portfolio to land their first UX job. After an 18-month apprenticeship, we evaluate these employees for a specialist role in either design or research. With fewer restraints on competencies and sourcing candidates internally and externally, we’ll have more flexibility to control our funnel.

Recruiting and hiring more women, people of color, and other underrepresented groups doesn’t solve an organization’s diversity challenges. This is where belonging comes in. I believe belonging is the output of a diverse and inclusive culture. As the saying goes, if diversity is being invited to the party and inclusion is being asked to dance, I believe belonging is the feeling you get when you’re at the party dancing with everyone there. There’s evidence to back this up, too. A recent Catalyst study found that employees from minority groups are 40% more likely to want to leave a company if they feel on guard against potential biases while in the workplace. If these employees don’t feel free to express themselves in an authentic way, they’ll leave and you’ll be right back where you started.

In order to understand where HubSpot could create an environment that promoted a sense of belonging, Loe Lee, a design lead, collaborated with stakeholders in the organization to run anonymous interviews with people who identified as either underrepresented or part of the majority at HubSpot. The issue of inclusion is personal and complicated—we saw this in the huge range of feedback. And because inclusion is so individualized, we realized that the belonging piece of the puzzle was much harder to solve, because it was so much bigger and more nebulous. There were a number of themes we pulled from this research, but one of the most interesting pieces of feedback was around unseen diversity.

There are many visual traits, like race, gender, and age, that impact a person’s inclusion experience. But there are also many other less obvious areas—like cultural background, ability, socioeconomic status, neurodiversity (like autism or ADHD), veteran status—that also have a significant impact on the degree to which people feel they belong in the workplace. We realized that this was a crucial area we hadn’t paid much attention to, and that we needed to widen our fairly narrow definition of diversity, socialize the presence of more unseen forms of diversity, and work harder to recruit new talent that represents these diverse perspectives. This is still an area where we’re learning and growing as an organization, and we will continue to do so.

The reason is simple. Diverse teams win, period. We’re building a platform for customers in 130 countries and localized in 6 core languages (in reality many more), in both developed and emerging markets. Striving to model the diversity of our customers in our own teams gives us the best possible chance of building a product that solves their needs.

To start, we’ve intentionally sought candidates who speak other languages, have lived around the world or grew up outside of the U.S., have had careers outside the tech industry (like the military), and identify as LGBTQ or neurodiverse. While many of these details aren’t things that we can (or should) ask candidates to disclose, we’re working to create a safe space and opportunity to disclose these things during the interview process if they choose. For instance, we now have a representative from one of our employee resource groups in each interview loop, coaching interviewers about how to listen, meeting offsite in a casual environment (like coffee shop), ask what the candidate values in an inclusive environment.

Through these three strategies—by looking at the quantitative data, and designing user research studies where our candidates and employees were the participants—we got a much clearer idea of where we could improve our diversity and inclusion efforts. By analyzing this problem like a design challenge, and taking a human-first approach, we avoided treating it like an issue a one-off initiative could fix. Instead, we are creating a culture in our organization where we look at our diversity and inclusion efforts as a long game where meaningful, sustained improvement will take lots of little iterations over time. Just like the way we build product.

This post is based on a talk delivered at Grace Hopper Celebration 2019. 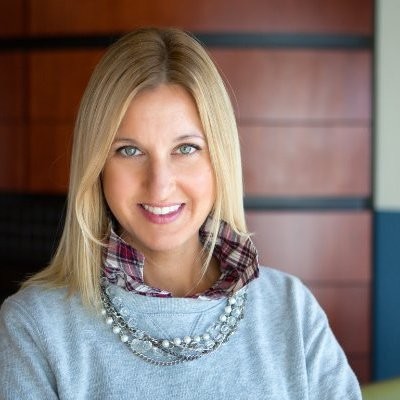