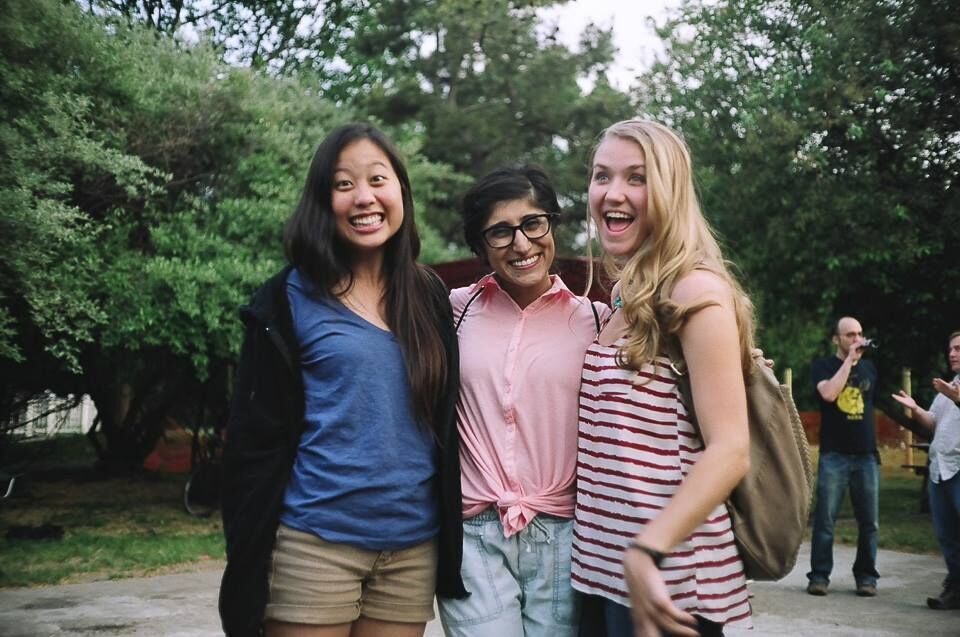 "There is a profound joy in surprising those who underestimated you." Our co-founder tweeted that last week and like any Justin Bieber song, it's been stuck in my head ever since. I couldn't figure out why it struck such a chord at first. Then it hit me: Surprising people who underestimate me is my favorite thing about being a woman in tech.

I'm not the only one, either. Talking with women at HubSpot (like Jen, Anum, and Danielle above), it's become clear that while being underestimated is a downside to working in a male-dominated field, we're motivated to work harder and better because of that profound joy. The look on people's faces when you tell them you're on an engineering team or say something they only expected to hear from a hoodie-clad brogrammer is annoying at first (it's 2016, people). But there's something rewarding about challenging the status quo by being great at what you do.

Defying expectations isn't the only thing we have to celebrate. There are a lot of perks and gratifying nuances to being a woman in the product world. So in the spirit of International Women’s Day, the ladies on our team shared their favorite things about being a developer, designer, or product leader. Disclaimer: We used this as an opportunity to celebrate the big, small, and silly benefits that come along with being a woman in tech. Emphasis on the silly.

The Best Part About Being a Woman in Tech is...

"Celebrating every new woman who joins the team" Tweet Me

"Having cider in the HubSpot beer garden <3"  Tweet Me

"Being part of the generation that will (hopefully, finally) crush the gender disparity in tech" Tweet Me

"No one asks to borrow my concealer" Tweet Me

"Bringing in different humor that doesn't occur to guys" Tweet Me

"Understanding our target persona, who is a woman" Tweet Me

"I have the best looking desk in the office" Tweet Me

Hopefully some of these made you laugh, and hopefully some made you think. Women pursuing careers in product development don't always have it easy. But fortune favors the bold, and the product leaders with the best looking desks in the office today are paving the way for women in STEM tomorrow. International Women's Day is a great reminder that we should be celebrating the amazing, bold women we work with. And not just today, but every day.

What do you love about being a woman in tech? Tell us in the comments or tweet at us.

Name Dropping is a Q&A series that aims to elevate the stories of women and nonbinary people leading in the tech space. The idea came from Angela ...
Francesca McCaffrey (She/Her)
on May 4, 2020
CultureProduct

Name Dropping is a Q&A series that aims to elevate the stories of women and nonbinary people leading in the tech space. The idea came from Angela ...
Francesca McCaffrey (She/Her)
on Sep 10, 2020
CultureUX

Name Dropping is a Q&A series that aims to elevate the stories of women and nonbinary people leading in the tech space. The idea came from Angela ...
Francesca McCaffrey (She/Her)
on Jan 29, 2021