Planning a tech meetup? Here are some helpful tips

ReactJS Dublin is a quarterly meetup that I, along with a few other dedicated HubSpotters, run. We’ve been running it for almost two years - since November of 2015. In that time it’s grown from roughly 30 attendees sitting in a rented hotel room to 150 React enthusiasts at our most recent meetup, which booked out in fewer than nine hours. We have over 1,200 ‘Reactors’ at the time of writing and we’ve hosted twenty talks.

You could say that it’s going pretty well.

Like any event of this size, we on the organisation team often find ourselves stressing out about the small details. Why hasn’t a speaker sent us her files yet? How do we handle people who turn up the day of without registering? And most important: Do we have enough pizza to go around?

Over the last 6 gatherings, we’ve learned quite a lot about running a regular tech meetup, and we’ve developed some best practices for how to run our events as smoothly as possible.

Roles on the ReactJS Dublin Committee

While the ReactJS Dublin Team might seem a like small and steadfast group to the attendees of the event, in reality it’s quite large and constantly in flux. One month before an event, the three other core team members and I meet and dish out jobs and responsibilities amongst ourselves and whoever happens to be volunteering. The jobs include:

Speaker Wrangling is, without a doubt, the most stressful part of organising a meetup. A good Speaker Wrangler is able to track down a series of interesting speakers, get their commitment to speak on a certain date, and offer any coaching and advice needed in the run-up to the event. And a great Speaker Wrangler will do all of that without making the speakers feel, well, wrangled.

On the night of the event, the Speaker Wrangler might need to chase down a speaker who hasn’t arrived on time, make sure that everybody’s laptop works with the our tech setup, and be the general point of contact for anybody who is speaking or is interested in speaking in the future.

I have speaker-wrangled for two of our six meetups, and I’m still dealing with the night terrors.

Because ReactJS Dublin is sponsored by HubSpot, we’re pretty lucky to be able to use our office’s event space. We’ve got a great Facilities and IT team who make the job of the Facilities DRI relatively easy - but it isn’t without stress. We need to make sure that we have the event space booked as early as possible, and we like to follow up and confirm that we have the space at least once in the run-up to the meetup.

Along with booking the location, the Facilities DRI is generally in charge of working with IT to get the event filmed. We've had almost every hiccup you could imagine with video recording and audio capture, but have settled on the surprisingly simple and reliable solution of just putting the presenter laptop on a video conference with the event space camera and recording it. That way, we get to record both the screens in the room and the presenter, ready to be posted on our YouTube channel. Perfect!

The third job of the Facilities DRI is to organise food and drink for the event. Generally this means giving the heads up to either our favourite local pizza place (Base Pizza, if you’re wondering) or our in-house caterers, as well as giving our facilities team a ballpark number of attendees so that they know how full they should stock the fridge. If we’re going to be serving alcohol, we also make sure to have a full selection of fizzies and water.

The role of host seems, on it’s surface, to be the easiest. You just speak for ten minutes at the start, three minutes in the middle and two minutes at the end. Surely that’s simple.

The host is the face of the meetup, so they tend to take any jobs which are public-facing. This includes creating the event on Meetup.com, following up with attendees to share the video of the event, and building the feedback survey we send to attendees.

There are other responsibilities, of course. You need to be actually able to speak in front of large groups of people, for a start! The host will also often help out with speaker wrangling once the speakers are on-location, trying to help the speakers get comfortable if they’re nervous.

One quick tip that I’ve learned in my 4 bouts of hosting - unless your speaker has a name like ‘John Doe’, confirm how their name should be pronounced. This will save you some embarrassment.

This is the Hufflepuff of meetup role categories, taking all the jobs that don’t fit elsewhere. This might include:

The core committee will meet the week before the event and the day before the event to ensure that everything is going smoothly. We also have an open invitation to any speakers to meet with one or all of us to workshop their talk, something that both we and the speakers find very valuable.

Diversity of our speakers and our attendees is something super close to my heart - the meetup is meant to be a forum for the sharing of opinions, and without a wide variety of experiences we’ll just end up a whole load of sameness. I’ve heard from attendees that we’re doing pretty OK in terms of speaker diversity. We’ve had a variety of nationalities, although our speaker list is predominantly male with only four out of twenty talks to date given by women. We've been trying to improve this by chatting one-on-one with potential speakers during the networking sections of the evening and asking past speakers if they can recommend any future speakers (diverse or otherwise) to try to broaden our pool, but speaker diversity is an area we need to continue to push on in the future.

Diversity of attendees isn’t where it should be, and it’s also something we need to get better at. I’d be surprised if more than 10% of our attendees are female. We’ve gotten feedback that our meetup is very open and welcoming, but reaching a more diverse group of attendees is something we’re actively working on improving.

At HubSpot we’re pretty data-driven, and this has had a hugely positive effect on ReactJS Dublin. After each meetup we send out a request for feedback. We ask attendees to rate, on a scale of 0-10, how likely they are to recommend ReactJS Dublin to a friend or colleague. This uses the industry-standard Net Promoter Score format, where respondents who answer from 0 - 6 are considered ‘detractors’, those who answer 7 or 8 are ‘passive’ and those who answer 9 or 10 are promoters.

We found that in most cases, detractors didn’t tell us why they were detractors. In addition, detractors tended to rate us 0, rather than any of the other numbers - interesting, but without further data we can’t really say much.

Attendees consistently mentioned the quality of speakers, friendliness of HubSpotters and the organisation. Past comments have included:

the selection of topics was great!

The best meetup yet, a huge improvement on the past ones. Great job!

The HubSpot team were really welcoming, please keep it up - it can be daunting to arrive in someone else's office for the first time, surrounded by strangers (/ future friends :D) - everyone was welcoming and showed us where the drinks were, introduced themselves, etc.!

Overall a great meetup. Organisation level keeps improving too, keep it up and thanks.

In addition to the traditional NPS questions, we also follow up with some freeform questions where we gather information about what attendees thought went well and what didn’t, as well as what they thought of the topics discussed. The aim is to get as many respondents into the promoter section as possible by addressing the concerns brought up by those in the detractor and passive groupings. Focusing on these is one of the big reasons we’ve been able to create an event that’s been well-attended and well-liked.

I'm often asked why we choose to spend so much time planning and running ReactJS Dublin, and why HubSpot is so willing to dedicate the resources to sponsoring and hosting the event.

When we started the event, React was blowing up online, but there wasn't much of a community around it in Dublin. Everybody wanted to know more, but there were no opportunities to gather, discuss, and learn. And over the course of the last year and a half we've learned a lot - about patterns, libraries, best practices, and other frameworks. Being a part of the community and facilitating that learning is well worth the investment to us.

A less obvious reason to host is the employment brand recognition you get from inviting attendees to your office, letting them meet your team, and building an association between your company and new, interesting technology. In fact, we regularly hear during interviews that candidates became interested in working at HubSpot after attending ReactJS Dublin.

We hope this template helps you plan your own successful meetup - the thriving meetup community is one of the great things about working in tech. And if you’ve attended a particularly good meetup in the past (and can pinpoint what made it so good) let us know in the comments - we’d love to shamelessly copy it. 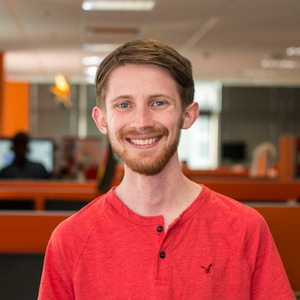 Cian is a software engineer at HubSpot.