Git After It: Why GitHub Won When So Many Other Big Companies Failed 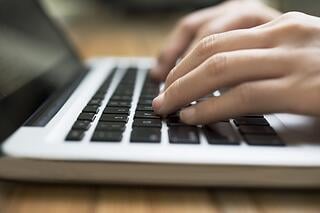 Yesterday, Google announced they would officially be pulling the plug on open source project hosting service, Google Code. What launched ten years ago as an alternative to SourceForge never really grew up to be the social coding platform Google envisioned. In other words, it wasn’t GitHub.

In their farewell blog post, Google wrote, “To meet developers where they are, we ourselves migrated nearly a thousand of our own open source projects from Google Code to GitHub.” This isn’t so much a failure for the tech giant as a win for the underdog. GitHub was a bootstrap startup about 7 years ago and now gets about 20 million visits a month making it one of the 100 most popular sites in the world. That’s hard to compete with. Even for Google.

Google Code shutting down, suggesting repos move to GitHub. Amazing what a side project can become. http://t.co/9nYOA5SxCY

By open sourcing HubSpot software and contributing projects, we’ve discovered bugs, learned new tricks, and helped developers build better apps. But beyond code, there are a few key ideas that got GitHub to where it is today that we can all learn from:

The “democratization” age is real; hoarding ideas, information, or resources just doesn’t work anymore. GitHub was ahead of the curve by creating a free product that gave the developer community an outlet to innovate. They weren’t really concerned with who open sourced what or how it all tied back to their bottom line. What mattered was that developers were collaborating, making good products better, and learning from each other. Letting makers run with their ideas didn't put them at a disadvantage- it put GitHub at the core of the community. Making knowledge accessible is how you get to over 16.7 million code repositories.

Culture and Product Should Hang Out

Culture shouldn’t be separate from product development, it should be embedded in it. That continuity is a big part of what makes GitHub, GitHub. The reasons developers want to use GitHub, like the freedom to contribute to projects that look interesting to them and working with other developers from anywhere seamlessly, mirror the reasons someone would want to work there. GitHub has an ‘open allocation’ structure where employees get to choose what they work on instead of getting assigned projects and they’ve built a culture around communication and collaboration to scale that approach. It shows when a company's values, aspirations, and mission are reflected in their product. And just as much when they aren't.

Drink Your Own Champagne

It’s incredibly hard to get people using your product if they don’t trust you. Customers want companies to be an authority on what they’re marketing, selling, or building and easy indicator of that is whether or not they practice what they preach. Sure, GitHub hosts its own software on GitHub, but so do a ton of companies. The difference is, they’ve always gone a little further and created a dialogue around how they use GitHub, how they decide what should be public and what should be private, and why they’re after “open sourcing (almost) everything.” Whether its on their blog or one-off pieces of content about 'How GitHub Uses GitHub to Build GitHub' (from former GitHubber Zach Holman), they try to be their best case study.

Lastly, as we say goodbye to Google Code, be sure to migrate any projects over to GitHub. If you're not sure of the dates and timeline of the shutdown, just look it up. You'll always have Google.

Why We Traded Scrum for “Science Fair” to Build HubSpot

We broke up with scrum about six years ago. Agile development served us well in startup mode, but as we added more seats, opened new space, and ...
Christopher O'Donnell
on Jun 14, 2017
Engineering

An Intro to Git and GitHub for Beginners (Tutorial)

New to git? Follow the steps below to get comfortable making changes to the code base, opening up a pull request (PR), and merging code into the ...
HubSpot Product Team
on Dec 3, 2020
CultureEngineering

When developers are looking for work or evaluating companies, it’s common to ask, “What’s your tech stack?” Naturally, people like to stay in ...
Ernie Park
on Feb 11, 2021